John attended Lima High School and graduated from State University of New York in Albany. He proudly served his country in the U.S. Army during WWII from 1943-1946. John spent more than 20 years in the U.S. Army Reserves and earned the rank of Chief Warrant Officer prior to his retirement. He moved to North Carolina 30 years ago and worked at Immaculate Conception Catholic Church from 1980-1983 and later at Avila Retreat Center from 1983-1985. He also served on the Avila advisory board.

John was a skilled wood worker known for carving beautiful wooden pens and folding tables. He took great delight walking three miles with friends every morning at Northgate Mall and joining them for coffee afterwards for fellowship to “solve the world’s problems”.

John is survived by his loving daughter, Kathleen Biss of Durham, NC; his grandson, Kevin Biss, also of Durham; and his brother, Thomas McKeown of Schenectady, NY. He was preceded in death by his wife, Anne Pacyliak; his sister, Mary A. Pacyliak; his son-in-law, Lynn A. Biss; and several nieces and nephews.

A Mass of Christian burial will be offered 1:00 PM Saturday, January 29, 2011 from St. Matthew Catholic Church with Father Dan McLellan, OFM, presiding. A private cremation ceremony will follow at Hall-Wynne Crematory. Burial with military honors will be held later in the week at St. Matthew Catholic Cemetery.

Flowers are acceptable or contributions in John’s memory may be made to Avila Retreat Center, 711 Mason Rd., Durham, NC 27712.

Arrangements for the McKeown family are under the care of Hall-Wynne Funeral Service.

Offer Condolence for the family of John Andrew Mac McKeown 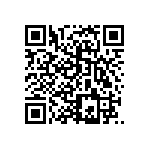