John is survived by his daughters Carol Owen and Janet Klispie; and sons Thomas Owen and Richard Owen.

A Memorial Mass will be offered at 10:00 AM on Saturday, July 18, 2009 from Holy Infant Catholic Church, 500 Southpark Drive, Durham. Fr. Joe Brennan, OSFS will officiate. Interment will follow at a later date.

Offer Condolence for the family of John Allan Owen 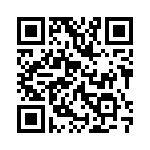