John Albert Gering, 79, of Durham, NC, passed away peacefully at his residence on September 5, 2018, while holding the hand of his beloved wife, Elynor. John was born April 14, 1939, in Beloit, WI, the son of Albert and Ann (nee MacDonald) Gering, and was raised in Aurora, IL, by his father and stepmother Dorothy (Moses) Gering. He was united in marriage to Elynor Ann Turk on October 22, 1966, in Virgil, IL, and they raised their family in Batavia, IL. John was employed by Aurora Fast Freight in Aurora, IL, as a Teamster for 28 years, retiring in 2000, and relocating to Nekoosa, WI. John’s real vocation, though, was helping friends and family, whether driving a niece to college, putting a new roof on his mother’s house, rescuing blizzard-trapped neighbors with his snowmobile, or helping move his uncle from California to Illinois. In his retirement, John enjoyed golf, boating, and travel across the United States, especially visits to his grandchildren in California and North Carolina. He was a parishioner of Holy Cross Catholic Church in Batavia, IL, St. Joseph Catholic Church in Adams-Friendship, WI, and Immaculate Conception Catholic Church in Durham, NC. Throughout his life, John was an avid athlete and sports fan, rooting for the Green Bay Packers, Chicago Blackhawks, and Chicago White Sox; when those teams were not playing, he always backed the underdog. John graduated from Marmion Academy in Aurora, IL, where he lettered in baseball, basketball, and football; in 1999, he was named to the Marmion Athletic Hall of Fame. He attended college at Northern Illinois University in DeKalb, IL, where he played football, from 1957 to 1959 and served in the U.S. Army from 1960 to 1962. John was a man of sharp wit, strong opinions, and raucous good humor. He is survived by his wife, Elynor; a daughter, Katherine (Michael) Yamasaki of Santa Barbara, CA, and a son, August (Anne) of Durham, NC; four grandchildren, Aidan and Sean Yamasaki and Angus and Flora Gering; his brother, Richard (Nancy); two sisters, Sr. Doralle “Gigi” Gering of Aurora, IL, and Alice (Edward) Mosher of Berlin, CT; and many nieces and nephews. In addition to his parents, he was preceded in death by his sisters Elizabeth Foley and Mary Therese Heimann. Funeral Mass will be at 12 P.M., Tuesday, September 11, 2018, at Immaculate Conception Catholic Church, 810 W. Chapel Hill Street, Durham, NC, 27701. Memorial contributions in John’s name may be directed to Marmion Academy, 1000 Butterfield Road, Aurora, IL 60502.

Offer Condolence for the family of John Albert Gering 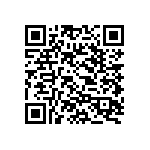