John A. Irick died unexpectedly at his Durham home on June 7, 2008; he will be deeply missed. He was born in the District of Columbia to John Irick and the late Josephine Astel Irick.
John was a devoted and supportive husband to his wife of thirty-seven years, Naeda. They were best friends as well as partners; he could always make her laugh! They took great joy in each other’s company: solving the Sunday crossword puzzle, working in the garden, sharing a meal. He was her light, her truth, her love, her peace. Their love for each other grew with each passing year; he was still the finest man she had ever known.
John was a tender and loving father to his daughter, Alyssa, and his son, John-Stockton. As young children he delighted them in so many ways, such as drawing them amazing reproductions of their favorite cartoon characters to hang on their walls or demonstrating his ability to make a purring sound just like a kitty-cat. As they grew, they knew they could always turn to him for help, to take comfort in his compassion and learn from his wisdom, or just to enjoy a spirited discussion about sports.
John was a wonderful husband and father, a wonderful man, and we are all immeasurably grateful to have shared so many happy times at his side. He had such a huge influence on all of us; he will live on in us. “For where your treasure is, there will your heart be also.” Matthew 6:20
John dedicated his life to working towards greater health and well-being for all people. By vision and leadership, he contributed enormously and ceaselessly to development of North Carolina’s biotechnology community since his arrival in 1994. His work and roles were without precedent in range and impact. He served as founding President, Chief Executive Officer, and Director of Apex Bioscience, Inc; and as co-founder, Executive Vice President, and Director of MERIX Bioscience, Inc. John joined Biolex Therapeutics in December of 2001 and served as its Chief Business Officer and Senior Vice President. During his time at Biolex, John was a key member of Biolex’ senior management, directing the Company’s efforts in establishing the key business partnerships that are the cornerstones of the Company’s success. As gifted in policy as in company development, he served: on the Emerging Companies Section Governing Board of the Biotechnology Industry Organization, Washington; on the board of the NC Alliance for Competitive Technologies, upon appointment by Governor Jim Hunt; over many years, as founding Chairman and Chairman Emeritus of the North Carolina Biosciences Organization. In addition, he served over the past eight years on the Board and Executive Committee of the North Carolina Biotechnology Center, bringing experience and smart thinking to biotechnology development statewide. In all such work, he displayed an extraordinary ability to merge exceptional scientific and business skills with the best impulses for societal benefit. For John, daily and purposefully, development of life science was undertaken for human gain and improvement. His standards and skills manifestly shaped biotechnology in this state and beyond.
Prior to being recruited to Apex, he was Vice President and Principal in The Shaw Group, a private life science incubator holding company in San Francisco, and concurrently served as Vice President, Commercial Development and Director of HemaGen/PFC, a private biopharmaceutical company. At the start of his career John spent 14 years at Baxter Healthcare Corporation, Deerfield, Ill., in various management positions including Vice President in the Blood Therapy Group, Managing Director of Baxter’s Spanish subsidiary, and Vice President of Business Operations at Baxter’s Hyland Therapeutics Division.
John earned an A.B. in mathematical economics from Brown University and an M.B.A. in marketing and finance from the University of Chicago.
He was commissioned an officer in the US Navy and served as the Gunnery Officer and the Antisubmarine Warfare Officer aboard a destroyer, the USS George K. Mackenzie DD-836 from 1971 until 1974. During that time, he accompanied the ship on three deployments from its base in San Diego to the waters surrounding Vietnam and other areas in the Western Pacific. His shipmates remember him as a talented and exemplary officer, and a valuable part of the ship’s wardroom.
Surviving, in addition to his wife and two children, are his father, John Irick, and his father’s wife, Yvonne Irick, of Los Altos, CA.
The funeral liturgy will be offered 10:00 AM Wednesday from St. Stephen’s Episcopal Church, with the Rev. Dr. Carol Jablonski and the Rev. R. Martin Caldwell officiating. Burial will follow in the churchyard. Friends may visit 7-9 PM Tuesday at Hall-Wynne Funeral Service.
To honor John’s life science leadership, please make contributions in lieu of flowers to the John Irick Educational Training Internship fund at the North Carolina Biotechnology Center: c/o Steven Burke, PO Box 13547, RTP, NC 27709.

Offer Condolence for the family of John A. Irick 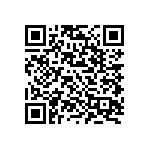