Joffre Wesley Ray, a former men’s clothing store owner, passed from this life Sunday, March 8, 2009 in Durham after a brief illness. He was 94.

Mr. Ray spent much of his professional life working in downtown Durham during its heyday in the 1930s, 40s, 50s, and 60s. He co-owned Ray-Browning Clothiers.

Mr. Ray was active in the business and civic communities serving in the Durham Jaycees, Durham Merchants Association, Durham Chamber of Commerce, President of the Durham Civitan Club, and an enthusiastic member of the Durham Sports Club.

A talented athlete during his youth, he had an opportunity to play in baseball’s minor leagues, but chose the clothing business. He loved sports and was an avid UNC Chapel Hill fan. He was a true family man and was very close to his wife, children and grand children. He also loved animals and had many beloved dogs.

A celebration of life service will be held 2 pm Wednesday, March 11, 2009 at Duke Memorial United Methodist Church in downtown Durham. A reception will be held in the church parlor after the service. Burial in old Maplewood Cemetery will be private.

In lieu of flowers, the family requests that memorial contributions be made to the Durham Animal Protection Society, 2117 E. Club Blvd., Durham, NC 27704

Offer Condolence for the family of Joffre Wesley Ray 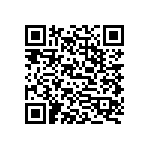