Joe Thurman Pickard, 95, of Hillsborough, NC passed away peacefully on March 26, 2013 surrounded by his loving and devoted family on his farm.

Mr. Pickard proudly served his country during World War II in the United States Army in the Atlantic Wing of the Air Transport Command. After the war, Mr. Pickard began working in the family founded business; Pickard Roofing Company. He was instrumental in the operation of the company until his retirement in 1973.

Mr. Pickard was an active member of the First Baptist Church in Hillsborough where he was involved in so many aspects of the church for 41 years. Mr. Pickard liked to tinker around the farm and spend time with his family.

The family would like to thank Dr. David Bright, his physician; and the caretakers who faithfully took care of Mr. Pickard; Kathy Gram, Marilyn Geffers, Erica Smith, and Beth Rickman.

Arrangements for the Pickard family are under the care of Hall-Wynne Funeral Service. Online condolences www.hallwynne.com

Offer Condolence for the family of Joe T. Pickard 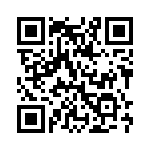