JoAnne was born March 6, 1937 in Dunkirk, Indiana, the daughter of Robert Nathan Stanley and Margaret Alice Cheek Stanley. She graduated from Dunkirk High School in 1955, and from Ball State University in 1959 with a degree in nursing. She was a long time Episcopalian.

Survivors include her son and daughter-in-law, Nick and Deborah Erpelding of Sanford, NC; her mother, Margaret Stanley of Dunkirk, IN; her brother, Douglas Stanley of Redkey, IN; and niece and nephew, Holly Fields of Redkey, IN and Scott Stanley of Germany.

Offer Condolence for the family of JoAnne Cheek Erpelding 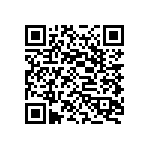