JoAnn Bridges Sturmer died on March 8th from a cerebral hemorrhage at the Hock Pavilion in Durham, NC. She was 84 years old.

JoAnn was born on March 11, 1933 in Lakeland, a small agricultural community in southern Georgia.  Her father, James Luther Bridges, was a county agent who advised farmers on livestock and crops; her mother, Ann Celeste Hadden, was a teacher.

Although small in stature, JoAnn was an outstanding high school basketball player. Her specialty was a left-handed hook shot.   She once scored 33 points in a single game. She was an accomplished musician, playing the clarinet and the piano which she practiced over 90 minutes a day.

She received a B.S. in Chemistry from the University of Georgia and chose to continue her education by enrolling in the Medical College of Georgia where she was one of only two women studying for a medical degree in 1954.  On August 26, 1956, she married a fellow classmate, Frederick C. Sturmer. In 1958, she moved to Pennsylvania where her husband completed his internship and surgical residency.

In 1963, at the invitation of her mother-in-law, LeVerne Boyd Sturmer, she and her children moved to Atlanta, Georgia.  She worked as a claims agent for Blue Cross Blue Shield where she had the distinction of finding a claims error not recognized by a single other claim agent in the United States.  In her leisure time, she enjoyed travel, bridge, gardening and tennis.  After her retirement, she relocated to Chapel Hill, North Carolina where she was an active member of the Chapel Hill Tennis Club and a devoted babysitter to her grand-daughters.

JoAnn was a hard-working employee, an attentive daughter, a loving mother and grandmother. She will be remembered for the dignity with which she faced adversity and her loyalty to her family. Her family would like to thank those who provided for her care at the Carolina Reserve, the Hock Pavilion and sends special thanks to Sonja Tucker and her staff at A Plus Quality Healthcare.

A Celebration of Life in honor of JoAnn will be held on April 7 from 4:00 to 6:00 at Hall-Wynne Funeral Service in Durham.

Memorial gifts may be made in JoAnn’s memory to the Alzheimer’s Association, https://alz.org/

Offer Condolence for the family of JoAnn Bridges Sturmer 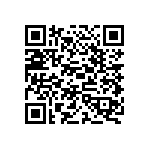