CARY, NC -JoAnn Bray Bailey died January 12, 2012 in Durham, NC. JoAnn was the daughter of the late Claire E. and George A. Bray. She had been a resident of Cocoa Beach for over 30 years prior to moving to Cary, NC in 2011.

A memorial service will be held in Cocoa Beach at a later time.

In lieu of flowers, contributions in JoAnn’s honor may be made to Friends of the Cocoa Beach Public Library and Cape Canaveral Hospital Auxiliary.

Offer Condolence for the family of JoAnn Bray Bailey 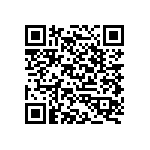