Joan was born July 22, 1924, in Denver, Colorado, the youngest of three daughters of Frances Morris Gross and Eli Mann Gross, who was a labor union organizer on behalf of coal-miners and went on to become Commissioner of Parks for the City and County of Denver and later General Manager of Elitches Gardens.

Joan graduated from East Denver High School and went on to finish Phi Beta Kappa at Mills College in Oakland, California, in three years with a degree in Botany in 1945. Following graduation she worked at the US Embassy in Mexico City and in Germany. In 1948 she married Paul Donald McCusker. After Paul obtained his first law degree from Cornell University, a Fulbright took them to Rome, Italy, for his second law degree from the University of Rome. Here he subsequently joined the US Foreign Service. This career took them from Rome to Washington to Hamburg and to Jakarta. In 1969, Paul joined the United Nations and they became long-time residents of Pelham, New York, interrupted by several years in Vienna, Austria, from 1973 to 1976. In addition to being an extraordinary asset in her husband’s career, Joan also worked in real estate while in Pelham. Joan and Paul moved to Durham in 1999.

Wherever Joan went, she made countless friends and was known for her boundless energy and charm, her extraordinary intellectual curiosity and her unending generosity of spirit. She adored Durham and felt very much at home, contributing to community volunteer efforts and bringing joy and understanding into the lives of everyone she met.

There will be a chance to say a final farewell to Joan at Hall-Wynne on 1113 West Main Street in Durham, from 6 to 8 p.m. on Friday September 10th. The funeral Mass and service in memory of Joan will be held at Immaculate Conception Church, at 810 West Chapel Hill Street in Durham at 10:30 a.m. on Saturday September 11th. There will be a reception following the service from 1 p.m. to 3 p.m. at the Carolina Club, Stadium Drive at Ridge Road, Chapel Hill, 27514.

Offer Condolence for the family of Joan Louise Gross McCusker 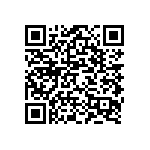