Joan Hester DuBuc, age 69, died Friday, July 21, at Hospice at the Meadowlands following a long battle with cancer. Joan was born in Raleigh, NC to the late James L. and Delia E. Blanchard Hester on December 19, 1936.

Joan was employed with the Durham Public School System for a number of years, but later retired as secretary from Ridgecrest Baptist Church where she was an active member. Joan will be remembered as a kind and gracious woman who was not only devoted to her church, but a caring animal lover as well.

Joan is survived by her three children: Wilfrid Edward DuBuc, III, and wife, Tresca, of Durham, NC; Lisa Albritton and husband, Martin, of Raleigh, NC; and Gina Southall and husband, Derrick, of San Jose, CA; one sister, Peggy Hayes of Oxford, NC; and two grandchildren, Nathaniel and Joshua DuBuc, and her beloved horse,

Offer Condolence for the family of Joan Hester DuBuc 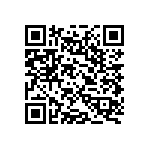