Joan Englund was born May 28, 1920 to Dr. Jesse H. and Mrs. Leone Webb Epperson in Durham NC. She died January 6, 2016 at the Olsen Center at The Forest at Duke. Joan was educated in Durham Public Schools and earned a Bachelor’s Degree in English from Duke University, where she was a member of Alpha Delta Pi sorority. In 1945 she married Gosta Englund, whom Joan met while “Gus” was stationed at Camp Butner during World War II. They moved to New York City after the war, where Gus was employed with F.H. Ross Chemical Company. Joan was a homemaker and champion amateur golfer. She and Gus loved ballroom dancing and entertaining friends.

In 1968, Joan and Gus moved to Boca Raton, Florida, where they lived for more than 20 years, reveling in the wonderful weather, golfing, biking, and swimming year around. When the Forest at Duke opened its doors in 1992 to residents, Joan and Gus returned to Durham to be near family. They were “Pioneers” at the Forest.

In addition to her parents, Joan was preceded in death by her husband, Gosta Englund; her brother and sister-in-law, Bill and Marge Epperson; and her nephew, Tom Epperson. She is survived by her nephew, Jess Epperson, and his wife, Maile, and their children, Hannah and Ross. Also surviving are Tom’s wife, Jacki, and their sons, Will and Dan.

A graveside service will be held Monday, January 11th, at 2 p.m., at Maplewood Cemetery, Section 10, with Reverend Marilyn Hedgpeth officiating. In lieu of flowers, please make donations to First Presbyterian Church of Durham, 305 E. Main Street; or The Employee Appreciation Fund at The Forest at Duke, 2701 Pickett Road.

The family is forever grateful for the kind, compassionate care that Joan received from the staff in Olsen Center at The Forest at Duke, particularly from Debbie Howard, RN, who formed a special bond with Joan. They are also thankful for Joan’s wonderful companions for the last eight years, Linda Pickard, Chris Oliver, Vickie Lewis, and Tracey Cates.

The family is under the care of Hall-Wynne Funeral Service, Durham. Online condolences may be sent to www.hallwynne.com, Select Obituaries.

Offer Condolence for the family of Joan Englund 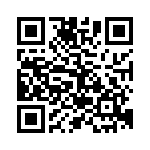