An Onslow County native, Mr. Collins was born August 15, 1934 to Jackson Z. and Flossie Ellis Collins. During high school he was a member of the US Naval Reserve; following high school he continued his service with the US Navy during the Korean conflict. Mr. Collins was a graduate of Atlantic Christian College and Campbell College. He enjoyed serving the citizens of Chatham County for 43 years, having retired as Health Supervisor. Mr. Collins also served on the Pittsboro Planning Board, was a member of the Lions Club, and was a Master Mason, with membership in Columbus Lodge # 102. A devoted husband, father, grandfather and great-grandfather, Mr. Collins was also a member of Pittsboro First United Methodist Church.

Survivors include his wife of 53 years, Joyce Ray Collins; son and daughter-in-law, David and Gail Collins, their children Jason and Amanda and their grandchild, Gavin Cross all of Pittsboro; daughter, Debbie Collins and her daughter, Katelyn Harvey, of Pittsboro; a brother, Jack Collins and wife Faye, and their sons and daughter, of Burlington; and a niece, Betty Kornegay and husband Kenneth, and their sons, of Elizabethtown.

The service to celebrate Mr. Collins’ life will be held at 11 am Friday, September 10, 2010 at Hanks Chapel United Church of Christ, by Pastors Bob Wachs, George Akers and Jan Hill. Interment, with Masonic Rites, will follow in the church cemetery.
Friends may visit with the family from 6:00 – 8:30 pm Thursday at Hall – Wynne Funeral Home in Pittsboro, and at other times at the residence of Mr. & Mrs. David Collins.

Memorial contributions may be made to The Masonic Home for Children at Oxford, 600 College Street, Oxford, NC 27565.

Arrangements for Mr. Collins are under the care of Hall – Wynne Funeral Service & Cremation of Pittsboro.

Offer Condolence for the family of Jimmy Daryl Collins 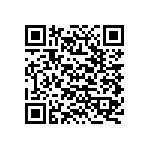