Jimmie Thomas, 85, passed away at his home on December 26, 2009, surrounded by family and friends. Born in Chatham County on December 18, 1924, Jimmie spent most of his life in Pittsboro. He was the son of the late Eva Hearn Thomas and George Newton Thomas.

During World War II, Jimmie served his country in the United States Army and was stationed in Italy. Upon returning home, he was employed by Chatham Mills, where he worked for 27 years. He then opened Thomas Brothers Furniture Company with his brother Julian. After leaving the furniture store he opened Jim

Offer Condolence for the family of Jimmie Thomas 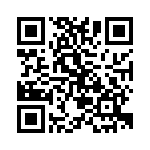