Jessie Johns Newsome, 91, of Durham, widow of John R. Newsome, died Thursday, March 31, 2011 following a brief illness. She was born April 24, 1919 in Durham to the late Ernest T. and Sallie Harris Johns and grew up in Durham and in Hillsborough, NC. She graduated in 1942 from the Watts School of Nursing. Her long career included nursing in Fort Worth, TX, in Stamford, CT and in Durham at Duke University’s Student Health Clinic. She retired in 1982 as the Head Nurse at Pickens Family Medicine Clinic at Duke University Hospital. Since retiring, her passions were hosting family gatherings, gardening and bridge.

A memorial service to celebrate Mrs. Newsome’s life will be held Saturday, April 16, 2011 in the Chapel of Hall-Wynne Funeral Service, Durham.

The Newsome family is under the care of Hall-Wynne Funeral Service, Durham.

Offer Condolence for the family of Jessie Johns Newsome 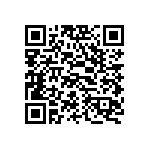