Jesse Warden Page, III, 80, passed away with his family by his side, at Durham Regional Hospital Monday, September 17th, 2012.

Jesse was born in Pinehurst in 1931, reared by his parents, the late Laura Butterfield Page and Jesse Warden Page, Jr. in Charlotte, NC. He attended Charlotte Country Day, Tabor Academy, & Princeton University. He served in the U.S. Army in Korea and was honorably discharged in 1961.

After working as a district representative for Chrysler Corporation, he started his first business in Chapel Hill in 1963 with Page’s American Service, and then Page Tire and Automotive in the 1970’s. His car wash businesses were started in 1984 & are still operating today.

He was a life-long sailor pursuing his love of wind and water cruising from the NC coast to the Chesapeake Bay. He raced competitively with the Carolina Sailing Club. His knowledge of gardening led to organizing the Chapel Hill Community Gardens Project in the 1970’s, even plowing a plot in his own front yard to raise vegetables. Jesse loved classical music and deeply enjoyed listening to the musical pursuits of his wife, children, & grandchildren. He developed a keen intellectual interest in economics, individualism, freedom, & liberty. Jesse and Martha attended the Chapel Hill Bible Church at its inception and for many years following as a family.

Jesse had an acute mind, pursuing his businesses, solving problems with intelligence and understanding. He walked through life thoughtfully, always caring for his family first.

A memorial service will be held 11:00am Saturday, September 22, 2012 at Hall-Wynne Funeral Services in Pittsboro, NC. His remains will be placed in the Old Bethesda Church cemetery in Aberdeen, NC. In lieu of flowers, gifts in Jesse’s honor can be made to the Ludwig von Mises Institute at www.mises.org or the Community Music School, PO Box 2545, Raleigh, NC 27602.

Offer Condolence for the family of Jesse Warden Page 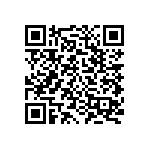