Mr. Blalock was born in Chatham County on October 8, 1950, the son of Russell and Rachel Ellis Blalock. He was formerly employed as a truck driver at Southern Tank. He liked fishing, racing Matt Kenseth and hanging around with all of his friends. He was preceded in death by his father, Russell, and sister, JoAnn Blalock.

He is survived by his mother, Rachel Blalock of Bear Creek; son, Shane Blalock of Burlington; two grandchildren, Mackenzie and Austin Blalock of Asheboro; sisters, Martha Humbel of Liberty and Brenda Tommy Smith of Siler City.

A service to celebrate the life of Mr. Blalock will be held at a later date.

The family requests that in lieu of flowers, memorial contributions be sent to UNC Hospice, PO Box 1077, Pittsboro, NC 27312 in gratitude for the care he received during his illness.

Offer Condolence for the family of Jesse Russell Blalock 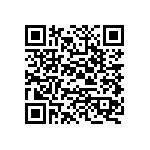