Jesse P. Schaudies, Sr., 86, of Raleigh, died Tuesday, April 29, 2014, at The Rosewood, located at the Cypress of Raleigh. Born in LaGrange, Georgia in 1927, he was the son of the late Frances and Lawrence Cooper Schaudies. Jesse attended Emory at Oxford Preparatory High School. He served his country in the Army Corps of Engineers in the Philippines, near the end of WWII. After completion of his military service, Jesse attended Emory University on the GI bill, where he was a Sigma Chi, and graduated with a Bachelor’s degree in 1952, following which he obtained his Master’s in Business from Michigan State University. In October of 1953, Jesse married the Sweetheart of Sigma Chi, Carolyn Adele Thompson, of Olanta, SC. For the next 36 years, he worked in series of sales and marketing positions with Scott Paper Company, living in Knoxville, TN, East Lansing, MI, Garden City, NY, Birmingham, MI and Media, PA. Following retirement, Dele and Jesse moved to Beaufort, SC, where they resided for 21 years, before moving to the Cypress of Raleigh.
Jesse’s service to the community was always a priority. He was made an Honorary Citizen of New Orleans in 1976. He was the President of the American Logistics Agency liaison between business and Government working closely with the Commissary network for the military. Jesse was a Trustee and Ruling Elder in the Presbyterian Church and served as a Presbytery representative at the annual General Assembly Meeting. In Beaufort, SC, Jesse was a founding member of the local Habitat for Humanity. He was extremely active in the Boys and Girls Club of Beaufort, serving as President and having significant responsibility for the construction of a new facility for the Club. He also received the Man and Youth Award in 1995. Jesse served several years on the Beaufort Memorial Hospital Foundation Board, also serving as Chairman of the Board. He was very passionate for the youth of his community, serving as The Chair of the South Carolina Governor’s Juvenile Justice Advisory Council, 1996-2000, and was a Guardian Ad Litem during this period. The City of Beaufort recognized his generosity by celebrating him with the Community Service of the Year Award in 2001.
Jesse was an active Rotarian for over 25 years. Jesse is a Paul Harris Fellow, and served as President of the Beaufort Rotary Association, 1992-1993. He was the recipient of the Rotary Bowl for Distinguished Civil service in 1994. In 1998, he was justifiably proud to be South Carolina’s first recipient of Rotary International’s highest honor, the Service Above Self Award, which had only been bestowed upon 123 world-wide recipients at the time.
Jesse is survived by Dele, his wife of 61 years and their four children: Jesse P. Schaudies, Jr. and his wife Elizabeth; R. Paul Schaudies, James G. Schaudies, and Carolyn A. Morton and her husband Kevin. Additionally, he was blessed to have seven grandchildren: Jesse P. Schaudies, III, Frederick Tepker Schaudies; Deneen Adele Schaudies; Meredith Suzanne Schaudies; Jonathan Paul Schaudies; Catherine Adele Morton and James Edward Morton; as well as one great grandson Fitzpatrick Tepker Schaudies.
The Schaudies Family would like to express their gratitude and friendship to the kind, gracious and ever so accommodating staff of The Rosewood Health Center. They truly made a difficult transition as loving and respectful as possible.
A Celebration of Life Service will be held Saturday, May 10, 2014, at 2:00 pm, at the Club House at the Cypress of Raleigh, 8701 Cypress Club Drive. The family is under the care of Hall-Wynne Funeral Service, Durham. Online condolences at www.hallwynne.com.

Offer Condolence for the family of Jesse P. Schaudies 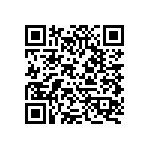