A native of Durham, he was the son of the late John Dillard Bumpass and Julia Dodie Carden Bumpass. Jesse was a member of Edgewood Baptist Church in Durham.

Funeral Services will be held 11:00am Friday, December 19, 2014 in the Chapel of Hall-Wynne Funeral Service with the Rev. David Trump officiating. Burial will follow in Maplewood Cemetery.

Offer Condolence for the family of Jesse Olive Bumpass 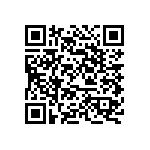