Mr. Mann was born January 25, 1927 at the family home in Pittsboro, the son of the late Oscar and Stella Smith Mann. He was predeceased by his eldest sister, Katharine Mann Newton Williams, and brother, Fletcher Mann.

He was the owner/operator of Manco Dairy Farm of Pittsboro since 1947. Mr. Mann bred and raised registered Holstein Dairy cattle and produced milk for Maola Milk Company. He was a long term member of the National Holstein Association serving in many leadership roles throughout his lifetime, and was a
4-H leader in Chatham County while his children were members. Mr. Mann was also a veteran of WWII, serving in Germany.

He is survived by his wife of 61 years, Pheobia Braxton Mann, and children: Ellen Mann Allen and husband Tom of Cary, and Jesse Lynn Mann of Pittsboro; grandchildren, Patrick Scott Allen of Raleigh, Amanda Mann Thomas and husband Jon of Asheboro, Jonathan Thomas Allen and wife Haley of Holly Springs, and Jesse William Mann of Pittsboro. Also surviving Mr. Mann are two sisters, Mrs. Stella Jones of Pittsboro and Mrs. Viola Young of Boone; and many nieces and nephews.

The funeral service will be held at 11:00 am Wednesday at Hickory Mountain Methodist Church, with burial to follow in the church cemetery. Friends may visit with the family from 6:30 – 8:30 pm Tuesday at Hall-Wynne Funeral Home, Griffin Chapel in Pittsboro.

In lieu of flowers, a memorial may be made in his name to Hickory Mountain Methodist Church, % Maxine Tillman, 3326 Goldston-Glendon Road, Goldston, NC 27252, or to the charity of your choice.

Arrangements are under the care of Hall-Wynne Funeral Service, Griffin Chapel, of Pittsboro.

Offer Condolence for the family of Jesse Horace Mann 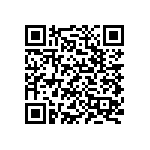