Jesse Franklin Glosson died January 7, 2012 at his home. He was born in Chatham County, NC to Spurgeon Glosson and Martha Harward Glosson on August 25, 1931.

He was a member of Gum Springs Baptist Church in Moncure. Mr. Glosson served in the National Guard.

A visitation will be held at Hall-Wynne Funeral Service in Pittsboro, Monday, January 9, 2012 from 6-8 pm. The service will be held at 1:00 pm on Tuesday January, 10, 2012 at Gum Springs Baptist Church in Moncure.

Online condolences may be viewed at: www.hallwynne.com, select the “Obituaries & Guestbooks”, then “Current Services”. Arrangements are under the care of Hall-Wynne Funeral Service and Cremation, Pittsboro, NC.

Offer Condolence for the family of Jesse Franklin Glosson 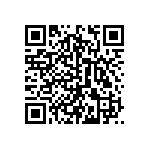