Jesse David Zinn, age 35 and a resident of Pittsboro, died Tuesday, December 16, 2008. Born in Washington, D.C. on May 20, 1973, Jesse worked as an archeologist for the Department of Transportation and was a former member of Immaculate Conception Catholic Church in Durham.

Jesse graduated from Culpeper County High School in Virginia in 1991. He met his wife while attending Radford University where his love of archaeology began. He continued his studies, graduating from the University of Virginia in 1998. He and Jennifer married on October 21, 2000 in Towson, Maryland. Among his interests were mountain climbing, hiking, caving, and canoeing. He obtained his EMT certification and participated in wilderness rescue. He was an ardent supporter of St. Baldrick’s Foundation which supports children with cancer. His greatest love, however, was his family. He was a devoted husband and father as well as a kind and generous person to everyone he met.

Jesse is survived by his loving wife of eight years: Jennifer Ann Zinn of Pittsboro, NC; his three children: Eleanor Ann Zinn, William Patrick Zinn and Aidan Daniel Zinn; his parents, Katherine A. and Joseph P. Zinn of Culpeper, VA; his sister, Jennifer A. O’Brien and husband, Corey, of Durham, NC; his brother, Francis C. Zinn and wife, Rebecca, of Greenwich, CT; his mother-in-law, Carol A. Zander of Millsboro, DE; his brother-in-law, R. Mark Deise and wife, Rose, of Baltimore, MD; and many loving nephews, aunts and uncles. Jesse was preceded in death by his grandparents: Margaret and Philip Stahlman; and Mildred and Charles Zinn.

A Mass of Christian burial will be offered 10:00 A.M. Monday, December 22, 2008 from Immaculate Conception Catholic Church with Father Dan McLellan, OFM, presiding. Burial will be private.

A reception will follow the Mass in the gathering space of the church.

Arrangements for the Zinn family are under the care of Hall-Wynne Funeral Service.

Offer Condolence for the family of Jesse David Zinn 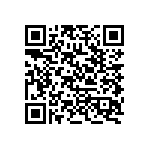