Jerry Thomas Puckett, 76, of Oxford died September 19, 2017 following a brief illness. He was born in Granville County on January 21, 1941 to the late Fred Tilman Puckett and the late Sarah May Owen Puckett.
Jerry was retired from Brame Specialty Company where he worked as an outside sales and marketing representative. He was also a life member and Senator of the North Carolina JCI Senate (Junior Chamber International).
Jerry is survived by his sons, Jack Puckett (Sherry) of Oxford, and Wayne Puckett (Ellen) of Oxford; and grandchildren, Carly Puckett, Bo Puckett, and Jay Puckett. Jerry is predeceased by his brother, Fred A. Puckett.
A private graveside service was previously held in Meadowview Memorial Park in Oxford.
In lieu of flowers, memorial donations may be made in the name of Jerry Puckett to the North Carolina JCI Senate, c/o Senate # 23653, 610 Independence Drive, Jacksonville, NC 28546.

Offer Condolence for the family of Jerry Thomas Puckett 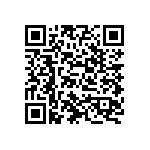