Jerry Langdon Jones of Durham, age 78, passed from this life on April 9, 2019. He was predeceased by his parents, Paul Vernon Jones and Ruby Langdon Jones, as well as his beloved brother, Donald Wayne Jones. He is survived by his loving wife, Katherine Ann Jones, whom he affectionately referred to as his “Chief”, and by his sister, Betsy Lou Jones who was so proud of him and loved him dearly.

Jerry joined the United States Navy in 1958, retiring after 20 years service to his country. He served 2 tours as boatswain’s mate on a river boat in Vietnam as part of the Mobile Riverine Force from 1969 – 1970, and from 1970-1971. While there he received the Purple Heart among other honors. Following his time in Vietnam, Jerry served as Boat Captain at the Washington Navy Yard and also worked on commissioning the USS John F. Kennedy aircraft carrier, as well as the USS Mahan as she was being reclassified as the guided missile destroyer DDG-42. A key highlight of his service in the navy was visiting Haifa, Israel on one of his tours of duty.

Following retirement from the navy, Jerry worked for the City of Durham water and sewer department, retiring in 2002 after 25 years of service. Those who new Jerry note that he was always ready to offer a helping hand to friends and family. He was a good man with a powerful love for his family and his country.

In their 47 years together, Jerry and Kathy developed many friendships and enjoyed many activities together. They loved going to movies, followed by a meal at Outback Steakhouse. Jerry enjoyed country music and particularly liked reading military novels, books about history and those of military history. He would pass those books along to friends and family for them to enjoy as well. Following retirement from the City he valued gathering each week at Bojangles and at Northgate Mall with long-time friends for a cup of coffee and discussing solutions to the world’s problems. Jerry will be remembered and very much missed.

Offer Condolence for the family of Jerry Langdon Jones 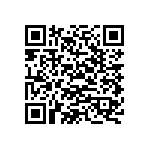