Jerry was born in Pearce’s Mill, NC, and grew up in Wilmington. He attended NC State University, where he earned his engineering degree. Jerry enjoyed a long and fulfilling career as a civil servant electronic engineer for the US Navy in Norfolk, VA and California. After retirement, he returned to Smithfield, VA where he did his best to fish every day. He will best be remembered for his love of his family, his country, fishing, and experiencing all that life had to offer. He and Sheila were Master Gardeners, and volunteered with the Master Gardeners of Smithfield for many years. In 2017 he moved to Durham, NC. There, he continued his fishing quest and enjoyed time with family.

Family and friends will celebrate his life in the Chapel of Hall-Wynne Funeral Service on December 15th at 11 a.m., reception to follow (location will be announced at service).

In lieu of flowers, donations to your local animal shelter are appreciated.

Offer Condolence for the family of Jerry L. Norton 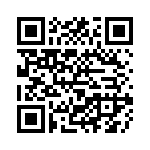