Jerry died at home, Sunday Morning, surrounded by his family, and loved ones. Jerry had only been ill for the last four weeks of his life, with Stage IV Pancreatic Cancer.

Jerry was born in Durham NC and attended the Durham County Schools. He joined the Air Force in 1969. Jerry served first at Pope Air Force Base and later continued to serve a tour of duty in Vietnam, where he was stationed in Da Nang.

Jerry worked for IBM for sixteen years, and went on to pursue several different career paths. For the last eleven years he was employed by AT&T, servicing the IBM campus at RTP.

Jerry was a dedicated member of the Durham VFW Post 2740.
He spent many years volunteering at this VFW Post, and had made many lifelong friends there.

Jerry is survived by his daughter and son-in-law, Robin & Cary Johnson of North Wilkesboro NC; three grandsons who he adored, Payton 8, Brody 6, & Gavin Johnson 3; sister & brother in law Linda & Willie Fuller of Roxboro; Jerry’s brother Charles Grady and his wife Ginger of Canton, GA and Jerry’s long time significant other, Julie Simmons of Raleigh. Jerry was preceded in death by both of his parents, Andrew & Doris Grady, also from Durham, NC.

Jerry had a kind soul, a great sense of humor, and a big heart. He rarely met a stranger. Jerry was a wonderful friend, who knew how to keep lifelong friendships, and forge new ones along the way.

He will be loved & missed forever by those who knew and loved him.

In lieu of flowers, memorial contributions in Jerry’s name may be made to the SPCA of Wake County, Petfinder Lane, Raleigh, NC 27603. Please include “Jerry Grady Memorial” on the memo line of your check.

Offer Condolence for the family of Jerry Auburn Grady 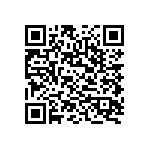