Following graduation in 1949 from Howe Military School, Howe, IN, Jerry went on to serve in the Army as a radio relay operator during the Korean War. After he returned from Korea, Jerry attended Tri-State College in Indiana and The Ohio State University, completing an Electrical Engineering degree.

Jerry met his bride to be, the late Willie Mae Evans, while on work assignment in Durham, NC. After a brief period of time living in Durham and Pearisburg, Virginia, Jerry and Willie returned to Columbus, OH in 1971 where they raised one son, Evan. Jerry retired from Eaton Corporation in 1995 and returned with Willie to settle once again in Durham.

Jerry was a member of the Freemasons, Community Lodge #684 of Upper Arlington, OH and the Aladdin Shriners of Columbus, OH. He was also

Jerry is survived by his son, Evan Maxwell, of Durham and two brothers: Richard “Dick” Maxwell of Pittsburgh, PA and David Maxwell of Bethlehem, PA.

Visitation is 2:00 PM on Sunday, September 21st followed by a memorial service at 3:00 PM in the chapel of Hall-Wynne Funeral Service, 1113 W. Main Street, Durham, NC.

Offer Condolence for the family of Jerrard Russell Maxwell 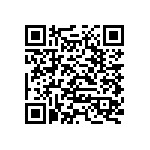