DURHAM: Jenny Lillian Semans Koortbojian, 61, died the morning of July 20, 2016 in Duke University Hospital in Durham, North Carolina with family by her side. She was stricken by cancer, only very recently diagnosed, and taken from us suddenly and unexpectedly.

Jenny was born September 21, 1954 in Duke Hospital to Mary Duke Biddle Trent Semans and James Hustead Semans, a surgeon at Duke University Hospital. Her mother was a beloved and highly respected philanthropist who spent a lifetime supporting important causes, including education, human rights, and the arts, all of which were incredibly important to Jenny throughout her life. Jenny was a descendant of the Duke family, founders of Duke University. She was the granddaughter of Mary Duke Biddle and Anthony J. Drexel Biddle, Jr., and the great-granddaughter of Benjamin Newton Duke and Sarah Pearson Duke.

Jenny was nothing short of brilliant and was a passionate, lifelong student. Her early education included the Calvert Method School (which later became Durham Academy), Garrison Forest School in Owings Mills, Maryland, and Solebury School in New Hope, Pennsylvania. She was a student at Yale University and Bennington College. However, she began her formal post-secondary studies at Duke as a teenager, pursuing an avid interest in art history. She was a student of William S. Heckscher, a Benjamin N. Duke Professor and Chair of the Art History Department at Duke, and the director of the Duke University Museum of Art.  Jenny was fluent in Italian, French and Old Latin, and she continued her studies abroad at Fleming College in Florence, Italy and at the University for Foreigners in Perugia, Italy. She completed a graduate degree at Duke in the Masters of Arts in Liberal Studies program in 2006, where she was known as an enthusiastic and astute student. She was regarded as a dear friend of this program and to the other students and the faculty whom she met in her MALS classes.

Jenny married Michael V. Koortbojian in 1979, whom she met while both were attending Bennington College. The marriage ended in an amicable divorce, and they kept in touch throughout the years.

She was an avid reader and lover of the arts, loved literature and films, and was a dedicated reader of The New Yorker. As an adult, she worked for The Paris Review during the time George Plimpton was editor-in-chief. Her reading and magazine work fueled a love of writing. She was a talented writer in her own right, and compiled a manuscript of sonnets. She pursued her love of and interest in art as a collagist, creating intricate works from apparently disparate materials by delving into literature, history, photography, art; collecting postcards, photos, magazine imagery, and articles and creating beautiful works of art. She also attended numerous art-related events including exhibitions, concerts and plays in the Triangle and New York. Jenny joined her parents and extended family in providing significant advocacy and support for the UNC School of the Arts, an institution that was conceived and initiated by prominent North Carolinians, including Jenny’s parents.

Her longtime friend, Annie Nashold said, “For Jenny, it was essential to grasp the immediacy of the moment, grasp it in a person or an inanimate object. She befriended people and she gave objects life. She did this with her collages.” She displayed this work in her home and shared it with friends and family.

Like her mother, Mary Semans, Jenny had a real sense of community, and tried to leave the world a better place; she was aware and engaged and had a loving and caring heart that drove her to advocate for social causes and the betterment of society in general. Jenny pursued her own philanthropies and served on the board of the Mary Duke Biddle Trent Semans Foundation.

During her life, she lived in many places, including Hillsborough and New York, but Durham – where she lived for the last 15 years of her life — was home. It was where she grew up, with Duke Hospital and Duke University as a part of daily conversation around the family dinner table. She and her siblings were constantly encouraged to be involved in the community, and her devotion to Duke and Durham were the direct result of her family’s passionate support and leadership of Duke-related institutions over the years. Like her family and particularly her mother, she became engaged in politics and related causes, focusing on social justice, the welfare of citizens, and particularly civil rights. She worked on a number of political campaigns through the years, including Terry Sanford’s campaigns for President of the United States in 1972 and 1976 and for United States Senate in 1986.

Jenny was an unforgettable and colorful personality with an infectious sense of humor. She loved people and quickly made friends, and often her friends became “family.” The people she met, she never forgot, and they rarely if ever forgot her. Her sister, Beth, said, “Much like our mother, when you were speaking with Jenny, she had the gift of making you feel like you were the only person in the room. Even after a thirty minute conversation, you had the sense that you’d known her for a lifetime.” Jenny stayed in contact and kept connections close. She had a tremendous interest in nature and flowers and in the last years of life she discovered the joys of gardening.

Jenny was preceded in death by her parents, her uncle Nicholas Duke Biddle and all of her father’s siblings, as well as her cousins Angier Biddle Duke and Anthony Drexel Duke. She is survived by her six siblings: Mary Duke Trent Jones and her husband, Jim of Abingdon, Virginia; Sarah Trent Harris of Charlotte, North Carolina; Dr. Rebecca Trent Kirkland and her husband, John of Pittsboro, North Carolina and Hood River, Oregon; Barbara Trent Kimbrell and her husband, Mac of Mount Pleasant, South Carolina; James Duke Biddle Trent Semans and his wife, Margaret Rich of Chapel Hill, North Carolina, and Beth Semans Hubbard and her husband, Michael of Los Angeles, California; 19 nieces and nephews and 33 great-nieces and great-nephews. She is also survived by two aunts: Elena Thiebaut Biddle of Madrid, Spain and Margaret Biddle of Monterey, California and an uncle, Anthony Biddle of Maryland.

Contributions in Jenny’s memory may be made to the Chamber Orchestra of the Triangle, 1213 East Franklin Street, Chapel Hill, NC 27514, or on-line, chamberorchestraofthetriangle.org.

Offer Condolence for the family of Jenny Lillian Semans Koortbojian 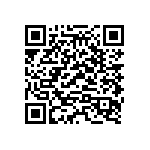