In conjunction with his love of music, he became an expert in acoustical and broadcast engineering. Among other accomplishments, he helped to build the Tulane radio station in the 1960s and, in the 1970s, designed several audio components that were patented by Braun, AG. He was a member of the Audio Engineering Society and AAAS. Jeffrey’s other love was philosophical theology.

Returning from several years in Germany where he worked for Braun, Jeffrey enrolled in Virginia Theological Seminary, where he earned an M.T.S. degree in 1981. There, he met Katherine Bradley. They were married in 1981, and later made their home in Durham. Jeffrey’s first book is called “Build Your Own Low-Cost Data Acquisition and Display Devices” TAB 1994. The idea for this volume grew out of his work with electronic instrumentation in research laboratories at Duke University.

Jeffrey supported and inspired the servant ministries of the church, especially the recovery of the diaconate in the Episcopal Church. He also served for several years in the capacity of reader for the General Ordination Examinations. His second book, in progress at his death, is a work of theology tentatively titled “The Clod and the Pebble”. After several years of failing health, Jeffrey died on March 3, 2008. He is survived by his wife, The Rev. Katherine Bradley Johnson, his sister, Marylin Johnson Raisch and her husband Charles, a niece and a nephew, as well as several cousins. The burial service will be held at St. Matthew’s Episcopal Church, Hillsborough, on Saturday, March 8, at 3:30 p.m. In lieu of flowers, donations may be offered either to St. Matthew’s Episcopal Church, P.O. Box 628, Hillsborough, NC 27278; or to Virginia Theological Seminary, 3737 Seminary Rd., Alexandria, VA 22304.

Offer Condolence for the family of Jeffrey Hirst Johnson 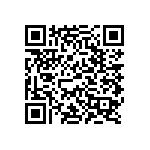