Jeanne M. Freedman, 77, of Chapel Hill died quietly and unexpectedly on Tuesday, October 25, 2011 at her residence. She was born in Wakefield, MA on April 6, 1934 to the late Paul Shea and Elga Cater Shea.

Jeanne was a loving and devoted wife and mother. Courtesy of her father’s job with Standard Oil, she grew up in MA, MT, OK and CT. She graduated from Albertus Magnus College in New Haven, CT, where she met and married her husband Jim and supported him working as a social worker for the state of CT, while he studied for his PhD at Yale. Five children arrived over a period of 8 years, before packing up the family to move to England courtesy of Jim’s job with IBM. On return to the U.S., she settled in Pleasantville NY for the next 20 years. Raising the children she became heavily involved with the CCD programs at church and school volunteer work, eventually becoming President of the school board. This stoked her interest in legal matters, so she went back to school to Pace University to become a paralegal. She enjoyed working as a legal administrator for the corporate legal department of Frank B. Hall & Co., until the opportunity arose to move to Tokyo, Japan, again courtesy of IBM. Upon their return to the states, now with an empty nest, Jeanne & her husband made their final career move to Chapel Hill, NC.

Jeanne enjoyed gardening, tennis and helping those in need. She became an active tennis player with a women’s group at CHCC. She joined several gardening groups in the area, was a past President and Treasurer of CHGC and worked on several of the garden tours. Jeanne spent countless hours volunteering with IFC, Habitat for Humanity and most passionately at the Ronald McDonald House.

She was preceded in death by her sister, Patricia Swanson and brother, Philip Shea.

A Mass of Christian burial will be offered at 9:30 AM Monday, October 31, 2011 from St. Thomas More Catholic Church with Father Scott McCue presiding.

In lieu of flowers, the family requests that contributions be made in Jeanne’s honor to the Ronald McDonald House, 101 Old Mason Farm Rd, Chapel Hill NC 27517 or online at www.rmh-chapelhill.org

Offer Condolence for the family of Jeanne M. Freedman 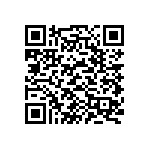