He is survived by his sons and daughter-in-law, Roland Holleman of the Asbury community and John and Tammy Holleman of Pittsboro; a step-daughter, Jane Lamb of Charlotte; three grandchildren; one great-grandchild; and sisters, Doris Tant and Madeline Hudson both of Pittsboro, Inez Sessoms of Fuquay.
His wife, Dorothy E. Holleman, preceded him in death in February 3, 2007.

Arrangements are under the care of Hall-Wynne Funeral Service of Pittsboro, NC.

Offer Condolence for the family of JD Julius Dwight Holleman 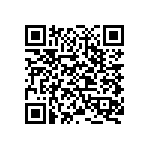