Janet graduated from Durham High School in 1949. She retired from the Durham Department of Social Services in 1992 after 24 years of service.

Janet will be lovingly remembered by her family and friends for always being there for others, never being unprepared and always on time. Her happy place was reading a good book, doing yardwork and walking around Northgate Park but most of all spending time with her five grandchildren.

A graveside service will be held at Maplewood Cemetery, Section 17, Friday June 15th at 11 AM. A visitation will be held at Hall-Wynne Funeral Service Thursday, June 14th between 6-8 PM.

In lieu of flowers, memorials may be made to Homecare and Hospice of Durham or to the Ronald McDonald House of Durham.

The Neville family is under the care of Hall-Wynne Funeral Service.

Offer Condolence for the family of Janet Carolyn Neville 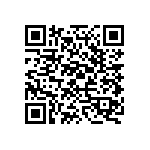