ASHEVILLE – Janet Ann Milosch, born April 16, 1981 died July 28, 2011 at Duke University Hospital in Durham, North Carolina after a six year battle with Hodgkins Lymphoma.
Janet is survived by her son Samuel Haywood Crow, her loving partner William J. Crow; parents Michael and Carol Milosch, brother Ben and sister-in-law Ash Milosch of Asheville, NC; also her many aunts, uncles, cousins and friends especially Sally Orr.
Janet was preceded in death by grandparents, Joseph and Jane Milosch; James and Virginia Parker.
She was deeply loved by all her family and friends, and she brought joy to everyone who met her and will never be forgotten.
Janet graduated in 1999 from Brevard High School, a member of the National Honor Society, swim team and soccer team; obtained an Associate Degree in Horticulture from Haywood Community College; and a Bachelor of Science Degree from Western Carolina University, magnum cum laude. She was employed as a gardener at the Biltmore Company working in the Conservatory and Walled Garden and had designed the large planters around the Biltmore House for the past few years. Gardening was her passion.
Her family would like to express great appreciation to all her caregivers at Duke Medical Center and Cancer Care of WNC who showed great compassion and love to their beautiful daughter. Also a big thank you to her colleagues at the Biltmore Estate who cared for her home garden when she was unable; their love and concern during her treatment was fantastic. In lieu of flowers her family request contributions are sent to State Employees Credit Union fbo/Samuel H. Crow, 20 All Souls Crescent, Asheville, NC 28813.
A celebration of Janet’s life will be held at The Jubilee, 46 Wall Street, Asheville on Friday, August 12 at 7:00 pm.
Arrangements for the Milosch family are under the care of Hall-Wynne Funeral Service. Online condolences www.hallwynne.com

Offer Condolence for the family of Janet Ann Milosch 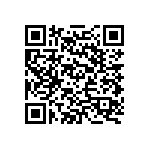