Jane Caroline Weaver Wilds, 74, formerly of Slidell, LA, died January 29, 2008 at her home in Fearrington Village in Pittsboro, NC following a period of declining health. Jane and her husband, Douglas K. Wilds, had relocated to Pittsboro following Hurricane Katrina.
Jane was born March 28, 1933, in Oklahoma City, OK to James G. Weaver and Willa Kay Davis Weaver. She was a graduate of the University of Tulsa; and had traveled the world with her husband while he worked in the oil industry. She was an avid birder, and authored the column “Wilds on Wildlife” in several newspapers in Texas. Jane also started numerous bird clubs throughout Texas and Louisiana. Jane was a wonderful, loving, wife and mother.
She is survived by her husband, Douglas K. Wilds, of Pittsboro; her daughter, Stacey Roberts, of Slidell, LA; a sister, Patricia Nichols of Wilberham, MA; newphew, Jay Nichols; and nieces, Charlotte Moore and Kay Simpson.
The service to celebrate Jane’s life will be conducted by The Reverend Peter Thomas at 11:00 am, Friday, February 1, 2008, at the Church of the Holy Family – Episcopal in Chapel Hill, NC. Following the service, Jane’s cremated remains will be interred in the church memorial garden.
Those wishing to do so may direct memorial contributions to “Susan G. Komen For The Cure”, NC Triangle Affiliate, 2314 S. Miami Blvd, Durham, NC 27703. Online condolences to: www.griffinfuneral.com, Select Obituaries.
Arrangements are under the care of Griffin Funeral Service and Cremation, Pittsboro, NC.

Offer Condolence for the family of Jane Weaver Wilds 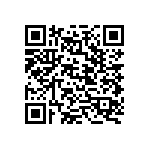