Mrs. Jane Holt Foushee, 86, passed into eternal peace on July 24, 2007. She was born in Miller, SD on July 21, 1921 to Albert E. Holt and Clara Morgan Holt. In 1943, while working as an instructor to Army Air Corpsmen in Sioux Falls, SD, she met and later married her partner in life, Elton Foushee, a native of Harnett County, NC. After the war, they relocated to NC, first in Hillsborough and then to Raleigh in 1953. Together they founded Home Appliance Service Company. After Elton’s retirement in 1988, she managed the business until her retirement in 1999. She was a Sunday School teacher and a Deacon at Inwood Baptist Church in Raleigh. Jane worked hard all her life, and will be greatly missed by those who were touched by her presence. Her husband died in 2002, and now they are together in Heavenly bliss.
Survivors include her son and daughter in law, Daryl and Dale Foushee of Cary, a son, Marvin Foushee of Raleigh; a daughter, Janet Foushee of Raleigh; 3 grandchildren, Lane Foushee, Kyle Foushee, and Leah Foushee; a brother, Vernon Holt, and a sister, Isabelle Swensen. Mrs. Foushee was also predeceased by a sister, Helen Juliar, in June, 2007.
Jane’s life will be celebrated at 11:00 am Friday, July 27, 2007 at Gum Springs Baptist Church, Moncure, NC with Rev. Leonard Nix presiding. Interment will follow in the church cemetery. Friends may visit with the family from 7 – 8:30 pm Thursday at Griffin Funeral Service & Cremation in Pittsboro. Memorials may be given to either Inwood Baptist Church, 3700 Lake Wheeler Rd, Raleigh, NC 27603, or to Gum Springs Baptist Church, 227 Gum Springs Church Rd, Moncure, NC 27559. Arrangements are in the care of Griffin Funeral Service & Cremation of Pittsboro.

Offer Condolence for the family of Jane Holt Foushee 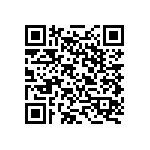