Jane Graper, 81, died peacefully at her home Sunday morning.  Jane was born in Durham, daughter of Lonnie and Betsy Carpenter.

Jane graduated from the University of Greensboro with a degree in Chemistry. She worked for Becton Dickinson for over 25 years and has her name on numerous patents.  After retiring, Jane became a reading volunteer for students at Spaulding School in Durham and was recognized as Volunteer of the Year. She also was actively involved as a “Geezer” with Habitat for Humanity in Durham and could always be found high on ladders helping to hang siding. Jane was a long-time member of First Presbyterian Church in Durham. She was also a member of the Iron Dukes and an avid Duke fan.

She is predeceased by her husband of 54 years, Robert Graper. She is survived by her daughter Nancy McGraw and her husband, Ward; son Chris Graper and his wife Kim; and 3 grandchildren, Greg and Michele McGraw, and Cameron Graper. Jane also leaves behind two sisters, Nancy Mathis of Greensboro, and Betsy Easton of North Myrtle Beach, as well as her sister-in-law Priscilla Griffin of Charlotte and brother-in-law Richard Graper of New Jersey, and several nieces and nephews.

Her family would like to thank Duke Hospice for the wonderful care they provided to Jane. In lieu of flowers, memorials may be directed to Durham Habitat for Humanity, 215 N Church St, Durham NC 27701, www.durhamhabitat.org.

Offer Condolence for the family of Jane Graper 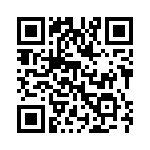