Jane Bendall Steele, aged 92, passed away peacefully on February 9, 2015 after a long illness. She resided at the Carolina Meadows Retirement Community in Chatham County for a number of years. Mrs. Steele was born in Atlanta, GA, the daughter of the late Ernest Clifton and Jane Cook Bendall. Her husband, J. Gordon Steele, predeceased her in 1995.
Mrs. Steele lived in the New York City area most of her life. She attended William and Mary College for two years and then graduated cum laude with a B.A. degree from Duke University two years later in 1944. While at Duke, she was elected to Phi Beta Kappa.
Upon graduation, Mrs. Steele joined International Business Machines “IBM” where she held various management positions in the World Trade and Domestic Headquarters organizations. After 38 years with IBM Mr. & Mrs. Steele retired from IBM and moved to Chapel Hill, NC. For many years, she was a member of the University Presbyterian Church and P.E.O., and several other organizations.
Mrs. Steele is survived by her niece, Nancy B. Shelby and husband, Alan, of Houston, TX. She is also survived by her great nephew, Russell (Madeline), and great grand niece, Mila, and by great niece, Amanda Lee Noble (Randall), and great grand nephew, Brayden. Survivors also include her stepson, John G. Steele, and his wife, Carmen, of Wescosville, PA, and their adult children, Lisa Steele Stevenson (Philip), and their daughter, Evelyn, and Michelle Steele (Jeff Thorne), and son, Lucas. Also, Mrs. Steele is survived by her step daughter, Ann Steele Williams, of St. Simons, GA.
A private service and interment will take place at a later date at the Bendall family plot in Danville, VA.
In lieu of flowers, memorials may be made to the Inter-Faith Council for Social Services, 110 Main Street, Carrboro, NC, 27510 or the charity of one’s choice.
Hall Wynne Griffin Chapel is serving the Steele family.

Offer Condolence for the family of Jane Bendall Steele 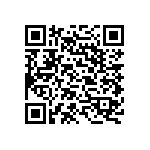