She was born January 30, 1977 in New York City, the daughter of Maureen FitzGerald O’Brien and Daniel F. O’Brien.

She is survived by her beloved husband John Paul Kindem, and twin children John FitzGerald Kindem, and Larkin Elizabeth Kindem, 20 months old, and newborn Reagan O’Brien Kindem. She is also survived by her parents and sister Kathryn who both reside in Durham, and her brother Douglas and sister-in-law Vanessa O’Brien of Phoenixville, PA.

Jamie was preceded in death by her adored grandparents, Margaret and Christopher FitzGerald, and Josephine and Andrew O’Brien.

She attended Conestoga High School in Berwyn, PA, and graduated from Sarah Lawrence College, NY, where she received a Bachelor of Arts degree.

Jamie took enormous pleasure in her beautiful young family, and her husband Paul’s family: his parents Nancy and Gorham Kindem of Chapel Hill; his brother Peter and sister-in-law Sara Lindsay Kindem of Raleigh; his brother Thomas and sister-in-law Stacey Kindem of Fairfax, VA; grandfather Jack Houston of Chapel Hill; and grandmother Betty Ann Kindem, Bellevue, WA. Her own parents and extended family, several of whom she persuaded characteristically to change states and move near her in NC, would likely follow her anywhere.

Her work as a financial services account executive for SAS in Cary, NC challenged her and afforded her great satisfaction, as well as a rich source of client friendships and respected colleagues.

She was creative in design work, in friendships, and in life. Jamie was a joy to be with, to know, and to love. She was well known for her integrity, charm, and her commitment to quality work at home and in the world. She will be missed by her grieving friends and family in a way that is impossible to quantify.

In lieu of flowers, the family has requested that donations be made to a fund on behalf of Jamie and Paul’s children for their health and education: Coastal Federal Credit Union, c/o Jamie O’Brien Kindem Memorial Fund, P.O. Box 58300, Raleigh, N.C. 27658.

Arrangements for the Kindem family are under the care of Hall-Wynne Funeral Service. Online condolences www.hallwynne.com

Offer Condolence for the family of Jamie O’Brien Kindem 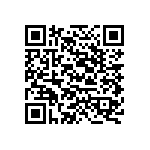