DURHAM: James Thomas Hewitt, 82, died Monday, January 9, 2017, at Duke Hospital following a short illness. He was born September 3, 1934 in Scranton, PA to Samuel and Elizabeth (Craig) Hewitt. Jim graduated from Notre Dame, after which he received an MBA degree from Northwestern University and a J.D. degree from John Marshall Law School. He served in the U.S. Army and later joined the Army Reserve.

Jim acted as General Counsel and Director of Human Resources for several large companies over the course of his career. His final career position brought him to Durham where he eventually retired. Jim utilized his business and leadership expertise to benefit several local charities.

Jim was an active parishioner of Immaculate Conception Catholic Church, where he contributed unique vision and wisdom in the church’s mission and direction. His priorities were his faith, his family and service to his community, all pursued with good humor and a positive outlook.

A Mass of Christian Burial will be offered 10:00 AM Monday, January 16, 2017, at Immaculate Conception Catholic Church. The family will receive friends at church following the funeral. Interment will be at St. Matthew Catholic Cemetery.

Gifts in Jim’s memory may be made to: familiesmovingforwardnc.org. Support for this organization would be deeply meaningful to Jim and his family. Arrangements for the Hewitt family are under the care of Hall-Wynne Funeral Service.

Offer Condolence for the family of James Thomas Hewitt 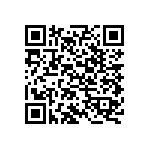