James Ray Markham, 66, of Pittsboro, NC, died Friday, November 9th, 2012, at UNC Hospital.
A native of Chatham County, James was born to the late Lawrence Ray Markham and Lina Ruth Horton. James grew up farming but later in his life became an iron worker. After retirement James began working on lawnmowers and tinkering with most anything metal .He also had a passion for building grills. Known to many as “Buddy-Row”, he was a huge fan of Dale Earnhardt Sr. and “Junior”. One of his favorite past-times was playing scratch-off lottery tickets.
In addition to his parents, James was preceded in death by his sister Sharon King and his grandson, Lukas Bolejack. Survivors include his wife of 47 years, the former Donna E. Williams; son, Kent Markham & his wife Teresa, of Pittsboro; daughters, Patricia Goodwin and her husband, Jeff, of Apex, NC, Jaime Riddle and her husband, Rickey, of Pittsboro, & Kelly Bolejack, & her husband Chad, also of Pittsboro; a brother, Randy Markham, of Apex; a sister, Debbie Sanders, of Pittsboro; & nine grandchildren.
A service to honor the life and memory of James will be held at 2:00PM, Tuesday, November 13th, 2012, at Hall-Wynne Funeral Service in Pittsboro, NC. The Rev. Ray Gooch will be officiating. A reception will follow. Burial will be private.

Offer Condolence for the family of James Ray Markham 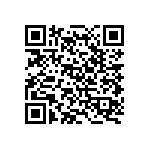