James Quentin Davis Mallard died surrounded by his family Tuesday evening in Chapel Hill. He was born on June 3, 1949 to the late Junius Henry Mallard, Sr., and Elizabeth Davis Mallard. Q, as he was known by his family and friends, grew up in Durham and graduated from Jordan High School. He earned his bachelor’s degree from the University of South Carolina and an MBA from Wake Forest University. He worked in mortgage banking until his recent retirement.

Q was a Renaissance man. He was an avid outdoorsman, enjoyed cooking and baking for his friends and family, was an accomplished woodworker, and a natural gardener. He excelled at making and keeping friends. Above all else, he valued time spent with his family, loving them with his whole heart and cherishing their love in return.

He is survived by his beloved wife, Kathy McKee and his loving children: Davis, John wife Taylor, Anna, and Maggie. Also, his devoted stepsons: Winder Holeman wife Estefi Elias, and Ran Holeman wife Katie; and his stepgrandsons, George, and James, to be born May, 2014. He is also survived by his brother, Henry Mallard, and his wife, Lou. Q made the world a better place by his presence.

Offer Condolence for the family of James Quentin Davis Mallard 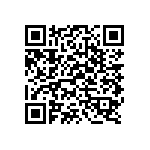