Oxford
James Paul “Jimmy “Johnson, Jr. 84, of 113 Pine Cone Drive, died at his home on Monday, October 26, 2015. James was the son of the late James Paul Johnson, Sr. and Evelyn Stewart Johnson and was the husband of Sarah Hall Johnson. He was born on July 20, 1931 in Williamsport, PA and grew up in Greensboro and Durham. He graduated from Durham High School in 1949, having earned the rank of Eagle Scout at age 14. He attended the University of North Carolina at Chapel Hill, where he was a member of the Alpha Tau Omega fraternity. He graduated in 1956, after having served in the U.S. Navy from 1953 to 1955 aboard the USS Wren DD568 as helmsman. He trained with JC Penney Company in Silver Springs, MD before moving to Oxford and buying Pryor’s Men’s Store on Main Street, which was operated as Johnson’s for 14 years. For several years he also operated Johnson’s in Henderson.
James was an active member of St. Stephen’s Episcopal Church, serving as treasurer of the church for a total of 13 years.
Surviving in addition to his wife, are his four children: Evelyn Stewart Perkins (Michael) of Weston FL; James Paul Johnson, III (Gina) of Newnan, GA; Julie Manning Moffat of Fort Lauderdale, FL; and David Hall Johnson (Casey) of Orlando, FL; a brother, David Bart Johnson (Linda) of Annapolis, MD; and seven grand-children: Nicholas and Hannah Perkins; Alex, Toby, and Luke Johnson; David and Summer Grace Johnson.
A memorial service will be conducted Monday, November 2nd at 11:00 am at St. Stephen’s Episcopal Church with Reverend Jamie Pahl officiating. The service will be followed by a reception in the parish hall. His ashes will be interred in Elmwood Cemetery. Friends of the family are welcome to visit at the home on Sunday, November 1st from 5:30 to 7:30 pm.
In lieu of flowers, gifts may be made to St. Stephen’s Episcopal Church Memorial Fund, 140 College Street, Oxford, NC 27565 or to the Rector’s discretionary Fund of St. Stephen’s Episcopal Church.
Gentry Newell and Vaughan Funeral Home is in charge of the arrangements. Online Condolences may be made at www.hallwynne.com. 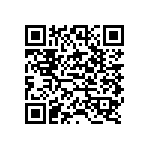