OXFORD:
James Lauriston Elliott, died, November 21, 2012 at Granville Medical Center. He was a native of Granville Co. and was the son of the late Raymond Jordan and Mabel Eakes Elliott. Lauriston was a longtime member of the Oxford Lion’s Club and operated Elliott’s Jewelry for 12 years. He was a veteran of the US Navy.
Funeral services will be conducted Saturday, November 24, 2012 at 3:00 PM in the Gentry-Newell & Vaughan Chapel by Rev. Cam Ford. Burial will be in the Grassy Creek Baptist Church cemetery with Military Rites.
Lauriston is survived by his wife of 42 years, Hilda Talley Elliott; son, Michael Elliott of Oxford; grandson, Dylan Elliott and his mother Alice Elliott.
In lieu of flowers memorials may be made to the Oxford Lion’s Club, Leader Dog for the Blind Program, P. O. Box 303 Oxford, NC 27565.
The family will receive friends Saturday from 2:00 PM until 3:00 PM prior to the services at the funeral home. At other times they will be at the home. Online memorials www.hallwynne.com select obituaries.

Offer Condolence for the family of James Lauriston Elliott 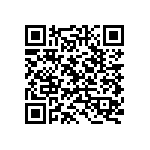