Born on August 3, 1921 in Woodbury, NJ, Mr. Napier served as a Sergeant in the U.S. Marine Corps in World War II in the Bougainville campaign in the Solomon Islands. He received a B.A. in English in 1949, an M.A. in 1950, and a Ph.D, in 1958 all from the University of Pennsylvania. He married Mary Frances Broskoski in 1950. They had been married 60 years at the time of his death and had lived in Springfield, NJ for 54 years before moving to Durham in 2009. He was a Professor of Humanities at New Jersey Institute of Technology in Newark, NJ for 33 years before his retirement in 1988. He had previously taught at New York University and the University of Delaware. In Springfield, he was a long-time member of St. James Catholic Church, the Knights of Columbus, and the American Association of University Professors. In his retirement years, he enjoyed exercising at the YMCA and also joined the Springfield Historical Society and Springfield Garden Club where he was a regular contributor of poems for newsletters. Throughout his life, he enjoyed writing poetry and ballroom dancing.

Flowers are acceptable or memorial contributions in Jim’s name may be made to Duke Homecare and Hospice, Office of Development, 4321 Medical Park Dr., Suite 101, Durham, NC 27704. Please include “Jim Napier Memorial” on the memo line of your check.

A Funeral Mass will be offered at 1:00 PM on Monday, April 5, 2010 from St. Stephen’s Episcopal Church, 82 Kimberly Dr., Durham. Fr. Robert Kaynor will officiate. Visitation will be held one hour prior to the service. A private cremation service will be held at the Hall-Wynne Crematory at a later time.

The Napier family is under the care of Hall-Wynne Funeral Service, Durham.

Offer Condolence for the family of James Joseph Napier 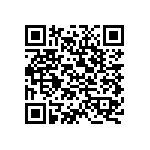