James Garrett Burnette died at his home on Hilton Head Island Tuesday, January 12, 2010. He was born in Oxford, North Carolina to Hallie Garrett and Sarah Lucille Burnette. “Jimmy”, as he was known during his adolescent and teen years, graduated from Oxford High School. He was an honor student and especially loved athletics. He was quite a star, excelling in baseball, basketball, football and track. We always loved the fact that he was voted best looking by the senior class! It was during these years that he fell in love with his life long wife and best friend, Julia Watkins Burnette. “Jimmy” continued his education at Atlantic Christian College, where he also played basketball.
After graduation, he took a position at the Oxford Orphanage. Known as “Coach”, by his new adopted family of students, he taught numerous subjects and coached football, basketball and track. Here began his lifelong passion for loving and caring for children, especially for those that had no family of their own. He set such a beautiful example for his own children as they watched him give to others so freely. His career path led him to Encyclopedia Britannica Educational Corporation in Chicago, Illinois. Serving in various positions, he retired after 33 years as Vice President of Marketing.
Enough with the cold weather, “Chief”, so named by his first son in law, was ready to return to the south! His love for the ocean lured him to Hilton Head Island where he and Judy have lived for the past 21 years. “Chief” lived a Christian life by example. His compassionate heart for the orphans, the poor, the elderly and especially for his friends and family was evident not only in word, but in deed. Since his illness, we have discovered some of his quiet deeds, shared with us by the recipients.
Jim was a member of the First Baptist Church of Hilton Head where he served as the Chairman of the Board of Trustees.
He leaves behind his wife Judy, daughters, Debbie Field and husband Hyatt, Julie Griffin and husband Johnny, Sarah Jane Weathers and husband Charlie, and son James Garrett Burnette, Jr. and wife Colleen, grandchildren, Hyatt, Jr. and Virginia Field, Britain Griffin Lamm and husband Joey, John Tyler Griffin, Grayson and Cameron Worley, and Grace Burnette.
He was preceded in death by his mother and father and very special grandchild, Sarah Morgan Griffin, all of whom he is very happily with now in heaven.
Memorials may be sent to the Leukemia and Lymphoma Society, P.O. Box 4072, Pittsfield, MA 01202, or The Masonic Home for Children at Oxford, 600 College Street, Oxford, North Carolina 27565.
The family will receive friends Saturday January 16, 2010 from 12:30 PM until 1:30 PM in the Gentry – Newell & Vaughan Funeral Home in Oxford, NC. Online memorials at www.gnvfh.com select obituaries.

Offer Condolence for the family of James “Jimmy” Garrett Burnette 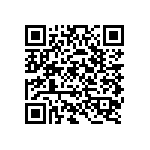