PITTSBORO -James (Jim) Wiley Gamble passed away peacefully on March 1st at his residence in Pittsboro, NC.  Jim was born on August 11, 1936 in Salisbury, North Carolina, the son of Carolyn Rideoutte Gamble and Ernest Washington Gamble.  He was named for his beloved grandfather, James Wiley Rideoutte, who represented Rowan County in the North Carolina General Assembly.

Jim graduated from Salisbury’s Boyden High School in 1954.  Following graduation, he served in the Army from 1954-1957 and had the good fortune to be posted in Braconne, France.  There, he began a lifelong appreciation for the French language, gastronomy, and international travel.  In 1961 he received a bachelor’s degree from The University of North Carolina at Chapel Hill.

Three years later, he married Judith Ann Stadter and they were happily married until her untimely death in 2001.  Their life together included fascinating travel for both professional and personal reasons. Jim was a voracious reader, student of history, and gifted amateur photographer.  Together with his wife Judy, he created beautiful gardens at each of their homes.

His professional career was spent with the Central Intelligence Agency where he worked until his retirement in 1990.  At the CIA, he spent many years working undercover on the front lines of the cold war.  This included tours in Africa and Europe, and on the Indian subcontinent.   During his career, he received numerous citations, including the prestigious Career Intelligence Medal.  He continued his service with the CIA as a consultant in the years after retirement, training junior officers.

He is survived by his beloved granddaughter Anna Long of Durham, NC and his two daughters and their husbands, Julia Gamble and David Long of Durham, and Emily and Art Gardiner, currently residing in the Philippines.  Additional beloved family members include older brother Ernest (Tom) W. Gamble of Isle of Pines, SC, his twin sister Jane Luckadoo of Asheville, NC, and dear friends and in-laws Drs. Philip and Lucia Stadter.

A funeral Mass will be celebrated at St. Thomas More in Chapel Hill, NC at 2 pm on Monday March 12.

In lieu of flowers he asked that donations be made to his daughter Julia’s work with people experiencing homelessness and illness through the Medical Respite initiative of Project Access of Durham County.

The Gamble family is under the care of Hall-Wynne Funeral Service. Online condolences: www.hallwynne.com ; select obituaries.

Offer Condolence for the family of James “Jim” Wiley Gamble 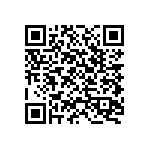