DURHAM- James “Jim” Wallace Hooker, 73, died Tuesday, July 31, 2012 at Hock Family Pavilion, following a brief and courageous battle with pancreatic cancer. Jim was the son of the late Marion Wallace Hooker and Jessica Marshall Hooker. He was born and raised in Nashville, Tennessee, where he was very active in high school athletics.

Jim is survived by his wife, Joanne Hooker of Durham; son, Dr. Ben Hooker and wife, Dr. Esther Smith of Greensboro; daughter, Dr. Lynn M. Hooker and husband, Dr. David Reingold of Bloomington, IN; brother, John Marshall Hooker and wife, Carol of Louisville, KY; grandchildren, Jessica and Jack Reingold; and numerous cousins and extended family members. Family activities have always been very important to Jim, and he gave much of his time and energy to maintaining close connections with a large, and loving extended family.

Jim graduated from the University of Tennessee with a bachelor’s degree in electrical engineering in 1962, and he received his master’s degree in electrical engineering from Duke University in 1964. For most of his professional career, Jim worked for Bell Laboratories doing advanced research and development of communication systems under contract with the U.S. Department of Defense. He made significant contributions to the nation’s missile defense systems and several security and intelligence applications. During his career, Jim and Joanne lived in North Carolina, New Jersey, and Maryland, before retiring to Durham in 1999.

For the past several years, Jim was active in St. Luke’s Episcopal Church in Durham, where he participated in several mission trips and helped with numerous projects. He also was active in Habitat for Humanity home building, and he continued his life-long athletic activities by playing basketball, tennis, and golf. Jim leaves many friends from his sports, church, work, and community activities who will miss him greatly.

A memorial service will be offered at 11:00 AM Monday, August 6, 2012. at St. Luke’s Episcopal Church with the Rev. Joe Hensley and Rev. Anne Hodges Copple officiating. A reception in Johnson Hall at the church will follow the service.

In lieu of flowers, memorials may be made to St. Luke’s Episcopal Church, 1737 Hillandale Road, Durham NC, 27705

Offer Condolence for the family of James Jim Wallace Hooker 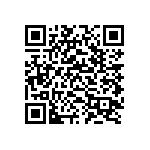