A Yancey County native, Mr. Woody was born in Burnsville on September 20, 1921 to Russell and Minnie Garland Woody. Mr. Woody attended Lees-McRae College, then entered the US Navy where he served on submarines for 18 of his 22 years in service. Following his discharge from the Navy, he taught ROTC at the UNC @ Chapel Hill until his retirement. A member of Mt. Gilead Baptist Church in Pittsboro, Mr. Woody was also a metal fabricator of HVAC systems.

Survivors include his wife, Helen Workman Woody; daughters, Susan Blietz and husband Brent of Charlotte, Sharon Scott and husband David of Pittsboro, Diane Ramsey and her children Matthew Caddell and Rachel Fields all of Pittsboro; son, Ronnie Woody and wife Sandra of Pittsboro; brother, Shelby Woody and wife Ramie of Bakersville; sisters, Mildred Cannon of Jonesboro, TN and Catherine Sparks of Winston-Salem; 17 grandchildren; 11 great-grandchildren. In addition to his parents, Mr. Woody was preceded in death by a son, Michael Woody, and a brother, Russ Woody.

The service to celebrate Mr. Woody’s life will be held at 2:00 pm Tuesday, March 31, 2009 from Mt. Gilead Baptist Church in Pittsboro with Rev. Dan Robinson presiding. Friends may visit with the family in the church fellowship hall following the service.

Memorial contributions may be directed to either the American Cancer Society, the American Heart Association, or to Mt. Gilead Baptist Church.

Offer Condolence for the family of James Herrold Woody 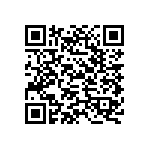