OXFORD:
James Henry Henderson, age 85 of 300 Hunter’s Road, died Wednesday, December 26, 2012 at his home. A native of Vance County, he was the son of the late George Henry and Sally Virginia Matthews Henderson. James was a retired farmer, a member of Salem United Methodist Church and an Army veteran of World War II. He and his brother, Junnie ran a business together, Henderson Brothers. They sold eggs and produce at the farmers market. When his mother became ill, he and Junnie took her to the doctor’s office, where he saw Gladys Wade. He returned the next day and asked her to lunch, the rest is history. Gladys and James were married 55 years and were a living example of love. He was a faithful community man and loved by many.
Surviving is his wife of 55 years, Gladys Wade Henderson. He was the loving father to Bryant of Oxford, Patricia Jim London of Los Angeles and George Priscilla of Kittrell. Grandfather of Jimmy, Sara, Kate, James, Tracie Brian, Chris, Nicole, Patricia Norwood, Jennifer, Michelle Carrie; great-grandfather of Kyrah, Fredrick, Vinnie, Alex, Annabella, Giulianna, Phoebe and Aiden; and a brother to Dorothy Henderson Cotton as well as a close family friend, James W. Currin. James was preceded in death by his brother, Junnie.
A memorial service will be conducted at 1:00 PM Sunday, December 30, 2012 at Salem United Methodist Church by Rev. Alan Felton, Rev. John Yount and Rev. Marshall Neathery. The family will receive friends on Saturday evening, December 29, from 7:00 until 8:30 PM at the funeral home.
In lieu of flowers, memorials may be made to ACIM, 634 Roxboro, Oxford, NC 27565.
Gentry-Newell & Vaughan Funeral Home in Oxford is assisting the Henderson family. For online condolences, go to www.hallwynne.com and select obituaries.

Offer Condolence for the family of James Henry Henderson 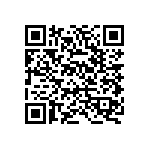