Jim proudly served his country during WWII from 1940-1946 in the U.S. Air Force. He served in the South Pacific under General MacArthur’s command from New Guinea to the recapture of the Philippines. He completed his term of duty as a Major and continued his service in the Army Reserve in Chicago, IL.

Jim graduated from the University of Illinois with a degree in Accounting and Finance. His professional career began with Arthur Anderson as a CPA auditor and later as a partner in Martin, Johnson & Bolten Auditors.

In 1964, Jim moved to Durham to join Nello Teer Corp. as Treasurer and later joined Coca Cola Bottling Co. of Durham as Vice President and Treasurer where he retired in 1986.

A member of the American Legion and Veteran of Foreign Wars, Jim loved his golf, bowling and photography. He and his wife, Dee, worked as volunteers for 20 years at the voter registration polls in Durham.

Jim is survived by his loving wife and companion of 62 years, Dorothy Marie Jorgensen Foster of Durham, NC; and his brother, Don Foster and wife, Marilyn, of Fort Smith, AR; and nineteen nieces and nephews.

A memorial service will be held 11:00 AM Friday, February 5, 2010 at Trinity Ave. Presbyterian Church with the Reverend Donovan Drake presiding. A reception and visitation will follow in the Carr Narthex immediately after the service.

Offer Condolence for the family of James Foster 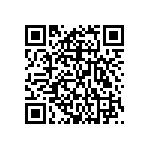